New Zealand is a growing international student destination with an excellent higher education system that ranks 16th in the QS Higher Education System Strength Rankings. New Zealand is known around the world for providing high-quality education. The country offers a safe learning atmosphere for overseas students, outstanding study possibilities, and a support system.

Many people call the country's residents "Kiwis," after the bird that can only be found in New Zealand. The New Zealanders are among the most amazing, caring, and hospitable you will ever encounter. A native New Zealander will treat you as a friend if you are a stranger. They are accustomed to meeting new people because they travel frequently, and the country also has a maximum number of international students or tourists.

The most interesting facts about New Zealand are listed below:

New Zealand has recently invested much in its education system. It has already begun to pay off:

In addition to providing excellent education, New Zealand's universities are also internationally diversified, with over 30,000 international students studying in the country in 2018. Indeed, more than a quarter of the students at Victoria University of Wellington are from outside the nation.

While the United Kingdom significantly influences New Zealand's education system, it is less expensive. A year's worth of tuition costs roughly NZ$20,000, or just under £10,000. Aside from the cheaper tuition expenses, there are other scholarship opportunities to help you pay for your study.

Finding one to which you could apply requires some digging and investigating, but we recommend starting by looking at the websites of whichever university you're interested in. Better yet, ask them in an email. Or you can contact Wise Crave Education and Visa Services for detail information.

A warm welcome and safe environment

New Zealanders, or Kiwis, are recognized for being among the world's coolest, most laid-back, and kindest people. In 2015, New Zealand's immigration service conducted a survey; 90% of foreigners in the nation perceive the people to be quite friendly, citing this as a significant reason for their ease of integration.

Not only are the people friendly, but New Zealand has a very low crime rate. According to the 2018 global rating, it is the world's second safest country.

This is a huge benefit! While many nations prohibit part-time employment while on a student visa, New Zealand does not. You can work during your study and for an entire year after graduation. Furthermore, if your job is related to your degree, you'll be permitted to stay for two years following graduation before applying for permanent residency. Maybe your university experience in New Zealand will lead to a career opportunity!

New Zealand has a diverse cultural legacy, combining British-influenced Western customs with the indigenous Mori people's traditional culture, including their language and mythology. Today, Mori culture is frequently displayed through arts, crafts, and culinary arts in New Zealand. On the other hand, Sport is a serious industry in New Zealand. Cricket is a popular sport, but rugby is where they flourish. Despite having fewer than 5 million people, New Zealand's national squad, known as "The All Blacks," is considered the best rugby nation on the planet. The famed Haka, the ceremonial dance by the national rugby team to terrify the opposition, is where you'll see Mori methods.

This is the most convincing reason to study in New Zealand. New Zealand's educational system is outstanding. To begin with, the tuition fees are among the lowest in the world. The degrees are acknowledged as up-to-date and practical all around the world. You will receive the high-quality, hands-on education that you are entitled to. New Zealand even goes to the trouble of inspecting each and every course, program, and certificate for quality so that they may be recognized as high-quality education around the world. International student assistance services are highly praised. They have a wealth of knowledge and experience in assisting international students in achieving academic success.

The academic year of New Zealand runs from February to November, with a substantial summer vacation in between late November and early February. The majority of universities use a two-semester structure.

Programs offered by the New Zealand Universities and colleges are:

Studying in New Zealand will allow you to be a part of a welcoming global student community while receiving an exceptional education and earning an internationally recognized degree. The student visa requirements are:

An offer letter from a recognized New Zealand institute

The students should submit their academic documents till date and the English test proficiency result to get the offer letter. If the students have an excellent educational background, they will also be awarded with scholarships.

This includes the financial documents such as birth certificate, tax clearance, Income source certificate with supporting documents, Relationship Verification, and Property Valuation. For the Educational Bank Loan, Students must show up to NPR 40 Lakhs and need to submit the SOP (Statement of Purpose) to colleges and universities to receive the CoE (Confirmation of Enrollment).

Evidence of the return arrangements

GTE Should be Submitted to the High Commission of New Zealand. Medical and police certificates serve as proof of health and character.

For international students, there are various job prospects. On a student visa, you can work up to 20 hours per week during the semester and up to 40 hours during vacations. Another plus is that you can apply for a permit at the end of your degree program and work in the nation for a year under a special "work permit" that runs simultaneously with your student visa. Your university's international studies office can assist you in finding jobs to help you get by while you're in New Zealand.

Scholarships are provided based on merit, need, student-specific, or course-specific grants in New Zealand, and the scholarships varies depending on the course and the student's profile. The country's scholarships are a way to encourage a group of highly educated and skilled persons who can assist developing countries in making long-term success.

According to 2019 data, approximately 1385 Nepalese students were international students in New Zealand.

Scholarship opportunities for Nepalese Students include:

Some of the institute that provides the full scholarship for International Students are:

Process for applying to study in New Zealand

The basic application process for international students wishing to study in New Zealand includes ensuring that students meet the university's eligibility standards and gathering the necessary documents. You can now submit your applications and wait for an offer after completing these two essential components.

Cost for study and Accommodation

The living expenses varies depending on the location, course, and institution. It also depends upon the cities where you live in New Zealand. The costs for studying in New Zealand is around NRs. 13–15 lakhs per year on average. Because there are limited scholarships available, students must rely heavily on self-funding or bank loans. Housing/rent, food, transportation, phone bills, and internet usage cost between $15,000 and $18,000 a year.

How do I get visa for a student permit in New Zealand? 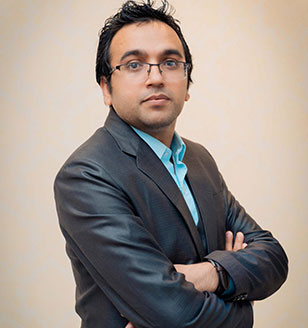